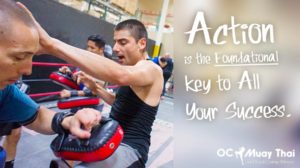 Even though these three things only take split seconds in an actual fight, let’s go ahead and break them down into their most basic meanings…

In the most simplistic terms, to “cover up” means to cover the most vulnerable parts of yourself when an attack is coming in. This has been around for a very, very long time in Filipino Dirty Boxing, Kali and several other systems, but has only in recent years come to the attention of most Self defense instructors.

Go onto YouTube and watch some real life videos of fights, you’ll notice that extremely rarely do traditional blocks and parries actually work in real life. And when you factor in the fact that most attacks don’t only have one bad guy…covering up makes worlds more sense.

To counter attack means to disrupt the bad guys attack.

This normally isn’t going to be a fight ender but what it does do if buy you a split second to move to a better position or set up a more effective attack.

Now why is this important?

The human nervous system can’t focus on more than one major stimuli at the same time, or in simpler terms if you’re hitting them they can’t hit you at the same time. A nice little secondary bonus is that the human body can’t generate any significant power if its balance is disrupted. So by throwing out a counter attack or two you can cause some pain or get the bad guy off balance and you can effectively stop the attacks from coming in for a moment or so.

After you have stopped the onslaught of the attackers, its time for everyones favorite part…the crash. The crash refers to the technique or fight ender that will either allow you to knockout the assailant or do enough damage to get out of there!!!

This normally is a big, heavy strike, a takedown or something that causes enough pain and damage to put the bad guys out of the fight for a while. This is, of course the end goal of any Self Defense situation when your life or the life of a loved one is on the line.

So there we go, a basic break down of the Cover Counter Crash concept that is revolutionizing Self Defense. If your interested in trying this concept out consider trying a Kali or C-Tac class here at Synergy MArtial Arts and Fitness.

Have a wonderful week guys!!!